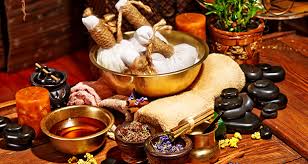 The rise in the popularity of Ayurvedic therapy: Its advantages over conventional medicines

The rise in the popularity of Ayurvedic therapy: Its advantages over conventional medicines

Ayurveda has outshined almostevery form of conventional medicine in curing even the most lethal diseases. The natural treatment methodology has an effective cure togeneral problems like the common cold and viral fever to chronic diseases like dengue and asthma.

Ayurveda is the most ancient form of medicine which the humans have been practicing to this day, with its development dating back to 500 to 2500BC. The medicine form also has many prominent mentions in the Vedas and scriptures.The fathers of the medicine have spent thousands of years in South Asia, studying the medicinal benefits of every plant and observing their ability to cure diseases, giving birth to Ayurveda.

The blog compares Ayurveda and conventional medicines and elaborates on the reasons why Ayurveda therapyhas become the most followed form of medicine all around the world.

You visit a doctor and he examines you primarily on the body level and hands you over a prescription to cure the disease. Is that enough? If you show even minor signs of mental suffering, you are declared depressed, hyperactive, or bipolar. The reason is that conventional doctors are trained to treat the disease rather than the person.

But Ayurveda follows an entirely different approach. Ayurveda completely justifies its literal meaning- the science of life. It is based on a comprehensive diagnosis of the root cause of the problem and eradicating it with herbal treatment.Ayurveda focuses on the holistic treatment of the patient, rather than treating just the disease. Ayurveda treats the patient first and the imbalance later. The patient is then prescribed herbal medicines, precautionary measures, diet, routine, and exercise to stop the problem from appearing again.

Ayurveda is gaining popularity all around the world. People have begun realizing the potential of the ancient medicine form and are attaining leverage towards it. Not only in India, but Ayurveda has also been warmly welcomed and practiced by people all around the globe. Let’s look into the reasons behind the popularity of Ayurveda and its advantages over the western medicine forms.

Ayurveda focuses on prevention more than cure. It has the sole motive of preventing the disease from appearing in the body. This is done by natural therapeutic methods and following the body’s natural cycles.

The medicinal benefits of plants are used to correct the imbalances in the body. The treatment is done through herbal oils, medicinal extracts, tablets, teas, powders, etc. Unlike conventional medicines, these medicines act calmly on the body and are free from all kinds of toxins. Ayurvedic therapy medicines can be taken by patients of any age group without worrying about the ill-effects. Ayurveda uses the healing power of plants like Aloe vera, turmeric, etc. and uses it to heal the imbalances in the body.

There is a permanent cure for asthma in Ayurveda. Using the Panchakarma treatments, Ayurveda can eradicate asthma permanently from your body. After the Panchakarma treatment, Ayurveda uses Rasayana therapy for rejuvenating the mind and the body. The therapy normalizes the body functioning through diet and oral medicines. The therapy has cured a large number of asthma patients by removing treating the Doshas in their bodies.

Ayurveda focuses on the patient rather than the disease. In addition to the treatment of diseases, Ayurveda also puts a great emphasis on rejuvenating the mind and body of the patient. This is done by emphasizing yoga, meditation, breathing control, and several other practices that relax the mind and help you to stay healthy.

Through these practices, Ayurveda aims at the holistic treatment of your body. The ancient medicine has proven results on the nervous, respiratory, and digestive systems of our body. These practices reduce anxiety and are effective in healing the body. Ayurveda has been successful in treating depression and insomnia, which for sure the most common problem among people of all age groups.

Unlike Ayurveda, western forms of medicines don’t show leverage towards such kinds of exercises. It rather emphasizes tablets, syrups, and vaccines. Conventional medicines target the disease but fail to cure its ill-effects on the rest of the body.

Obesity is a major problem in adults nowadays. When the pace of life is so rapid, we lack time for going out and exercising. If you are also facing the same problem, you should prefer Ayurvedic message for weight loss and lead a healthy lifestyle. Ayurveda is effective in improving metabolism and helps in cutting fat. Ayurvedic therapy diet plans emphasize low-calorie pro-biotic food products that are easy to digest.

Ayurvedic medicines will help you provide a slim figure and help you retain it for a long time, which is not possible in conventional medicine forms. Conventional medicines rather prescribe fat burners or surgeries to cut fat, which generates magnetism for other health problems. Since Ayurveda is completely natural, losing weight through Ayurveda will not confer any side effects and enrich you with self-confidence and self-love.

Detoxification of the body

Nobody likes to visit a conventional doctor if he/she is perfectly healthy. But even if you don’t have any disease, Ayurveda is still useful for you. Ayurveda will help you in maintaining good health through detox therapies. Panchakarma therapy is successful in cleansing the body and removing the toxins to provide you a healthy body. Detox therapy is completely safe and with no side effects.

Gurgaon has become a hub of many reputed Ayurveda therapy and pain management centers. These centers employ learned and experienced Ayurveda practitioners. The Ayurvedic clinics in Gurgaon are certified by the National Ayurvedic therapy Association and the government of India. The clinics are visited by people from all over India and have gained popularity in recent years.

Ayurveda is India’s gift to the rest of the world. Making Ayurveda a part of your life will keep you away from most of the health problems. Conventional medicines, for many diseases, have a lot of disadvantages and side effects. Resorting to Ayurveda will rejuvenate your body and will help you redefine your life.

This is to inform you all that Shadanga – Kerala Ayurveda Clinic & Panchakarma Treatment Centre owned & operated by SHADANGA AYURVEDA Pvt Ltd at Gurgaon is located at K-42(G.F), Mayfield Garden, Gurgaon, Sec-51 and don’t be confused with nearby newly opened centres/clinics. We are Kerala Ayurveda centre and our complete team and staff are also from Kerala and works under the supervision of senior Ayurvedic physician, Dr Archana BAMS. In case if you land up to wrong location / address and got difference in service, payment or experience, then UNDER NO CIRCUMSTANCE SHALL WE HAVE ANY LIABILITY TO YOU FOR ANY LOSS OR DAMAGE OF ANY KIND INCURRED, then that is completely YOUR OWN RISK. If you are a first-time visitor, make sure you are checked in to Shadanga-Kerala Ayurveda by checking with front office staff or Doctor.